My plan on wednesday was to ski down from Prestreljnik mountain, because I need to ski routes for my 40routes project, but there was some misunderstanding so I didn't went. 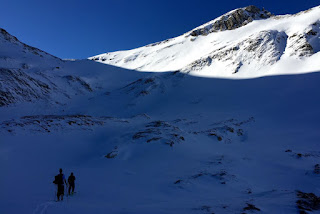 Yesterday I was in Austria... with some special guys! At first I wanted to go to Jezersko with Smrekar (Martin), because Meso had keys of mountain hut and he slept there... but then all of a sudden Bine Žalohar wrote on his facebook that he wants somebody to go skiing with. So I thought myself, well, let's try it!

The first moment we met on a parkplace was like we know each other already for a long time and that's how all day was like. We were relaxed as much as it gets and we laughed a lot. 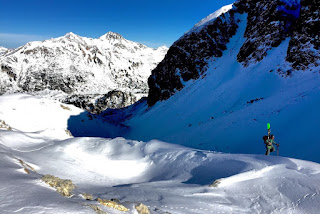 We decided going to Obertauern, where we would use a lift up and then go ski-touring.
We even found some old powder and skied some nice lines. Bine said that we could straight line some chute there... and we did. Although he just went straight into it and I stopped a bit before i dropped it, because I don't have much experience with straight-lining faces haha.


Martin has finally tested his new powder skis and he seems happy with them a lot.
Bine had also been on his totally new Elan Ripsticks for the first time... and those skis are just awesome - when I saw them on a parkplace I was like - oh shit, this is so sick. They are lighter than mine, even though Ripsticks are wider and longer than my Spectrums!!! I wish I could ski them next season...

I had so much fun, I have learned a few new things and finally met a guy who is actually my idol since I started skiing. What a joy!

Oh.. those who don't know who Bine is... you should check the Google! 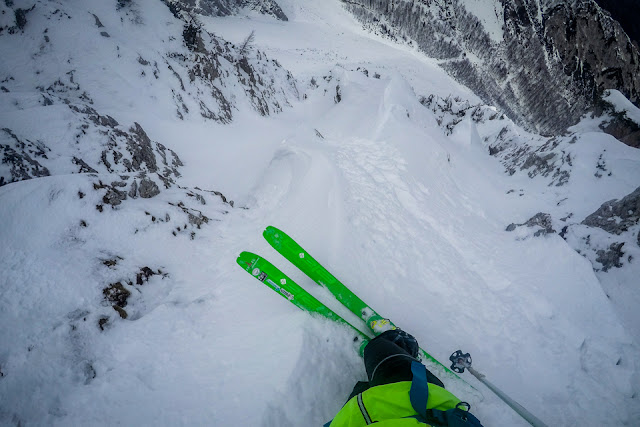